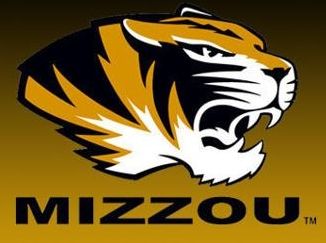 Even after trailing early in the first game of their series against SEC powerhouse Arkansas on Saturday Missouri fought back and showed their grit winning the game by the final score of 6-3. For the Tigers, It was their first Top-Ten road win since 2019.

Missouri spread their hits out between several different players with Casidy Chaumont going 3-for-4 with a double, a triple, and two runs batted in. Kendyll Bailey went 2-for-4 at the plate with a solo home run. And making her first start since March 26th, Alex Honnold went 2-for-4 with a double, and an RBI single. Jenna Laird also went 2-for-4 at the plate with a pair of singles and an RBI. Pitcher Emma Nichols earned her seventh save of the season, going 2.1 innings without allowing a hit.

The two teams met up again Sunday with Mizzou Softball taking it to Arkansas winning the game by the score of 10-1. Laurin Krings was dominant out of the bullpen. The freshman pitcher went 5.1 innings with five strikeouts while allowing zero hits, zero walks, and only one base runner.

Mizzou was looking for the series sweep in Monday's night last game of the long weekend series but Arkansas' bats finally came to life taking a 6-0 lead after just two innings. The Tigers mounted a comeback attempt getting the score to 8-4 but it ended at that final score with the game's final out with the bases loaded for Missouri.

Next up Florida visits Columbia for the Tigers' final home series of the season. The series will get underway on Friday at 6:30 p.m. CT on SEC Network Plus.